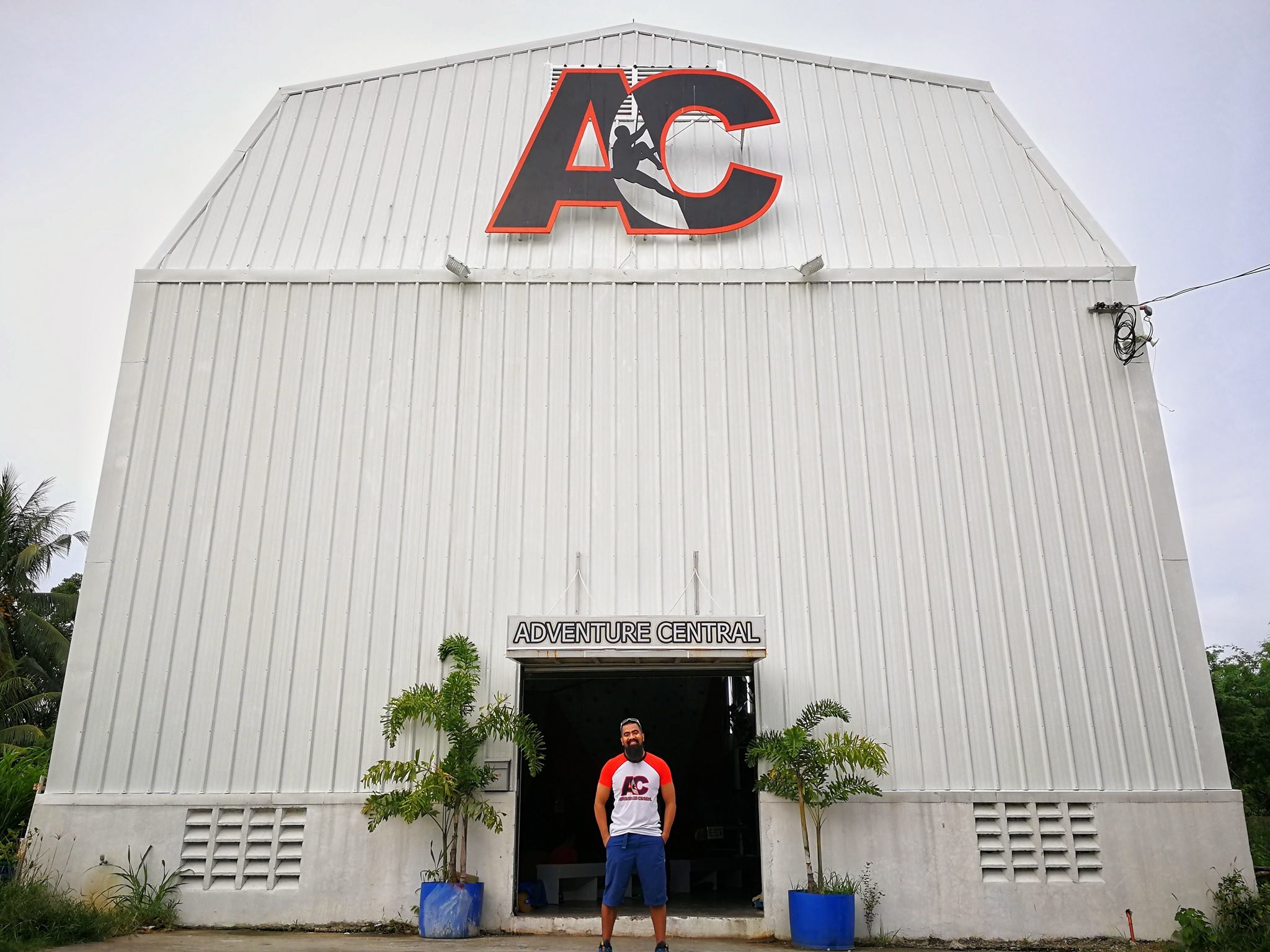 Along the banks of the Iloilo River is a climbing gym that aims to spread the outdoor sports mentality to a wider audience in Iloilo.

I ask several founding members of Adventure Central to sit down with me on the second floor cafe of their facility. Below us, we hear the cheers of the crowd as climbers compete during Verticality, one of their annual climbing events.

Koy, Sha, and Francis are three of the 11-person founding group of Iloilo’s latest rock climbing facility, Adventure Central. The gym was conceptualized right after the closure of Pump Factory, their previous climbing center, of which they were also the stakeholders 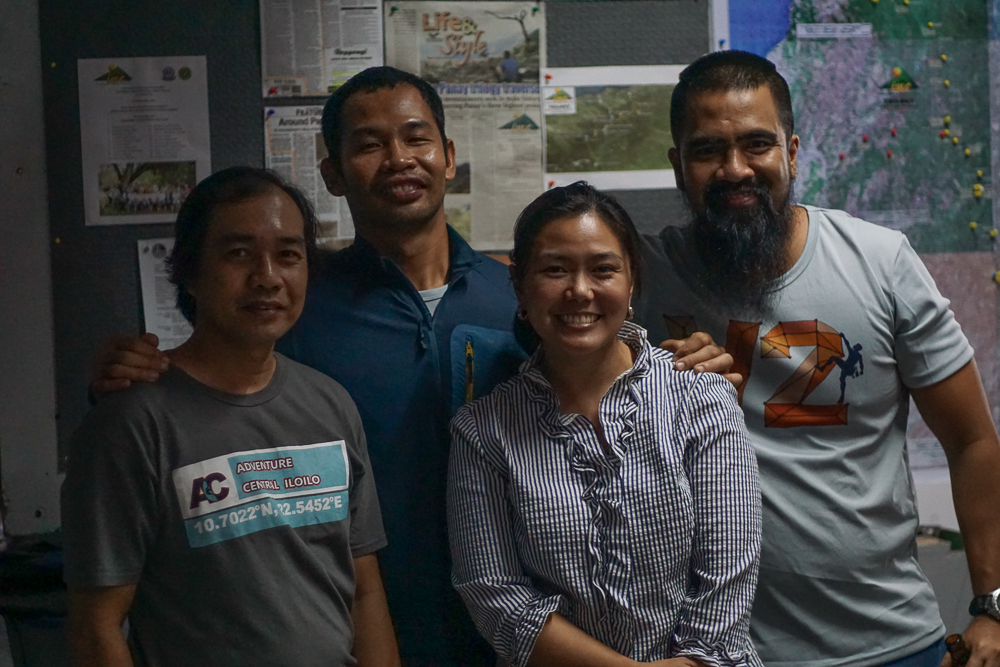 Pump Factory was a four-wall indoor climbing facility that was also situated along the Iloilo River esplanade. It was a training ground, not only for Iloilo’s top rock climbers, but for the gym owners as well.

Currently, Adventure Central is marketed as an outdoor sports center, targeting outdoor sports enthusiasts in general, not just rock climbers. This, they say, is a very wise move given that climbing is a non-mainstream sport; supplanting the gym with activities such as kayaking tours, mountaineering guideship, and mountain biking events, keeps the facility going and allows it to become a hub for all outdoor enthusiasts in the vicinity.

I ask them what the most challenging part of running a facility such as Adventure Central is. They answer that dealing with paperwork, being able to retain their climbing gym members, and due to logistics, outdoor climbing are among the most difficult tasks 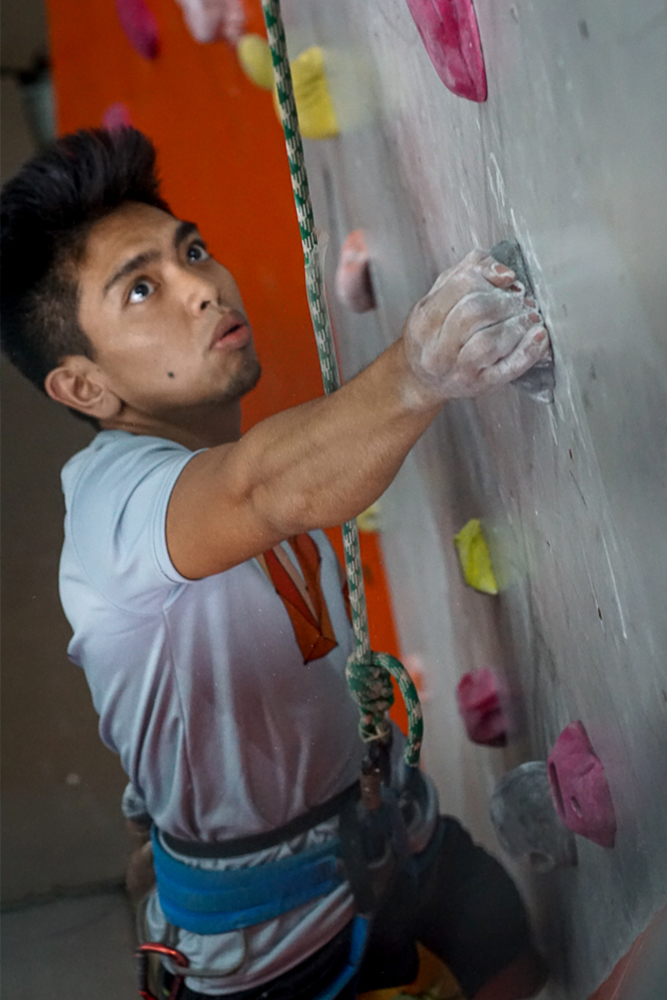 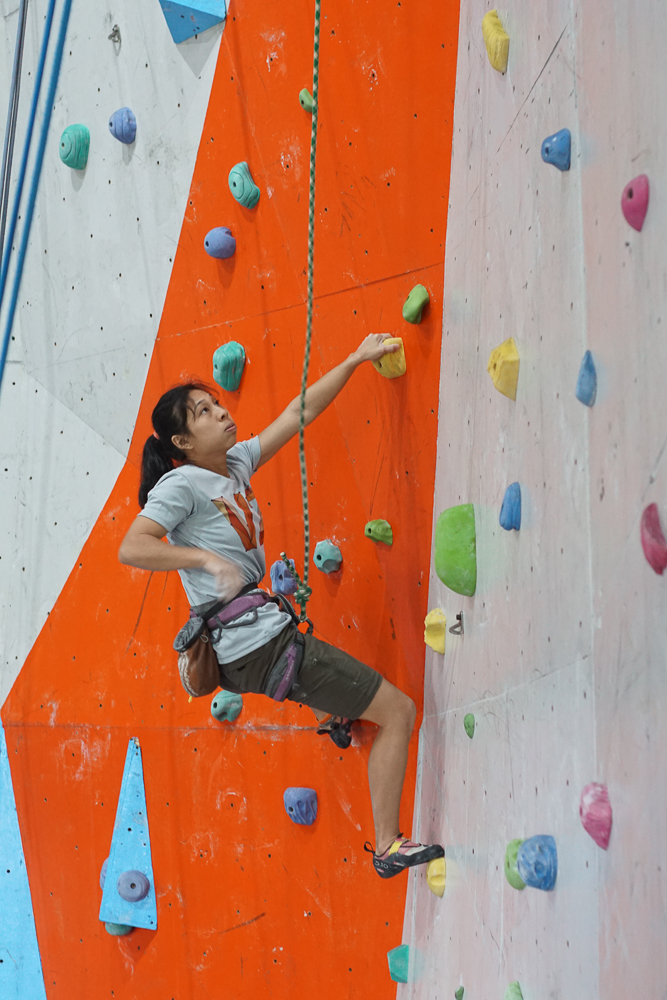 Jops Corpus and Lian Obias from Manila competing in Verticality 2

To keep the number of gym climbers from dwindling, Adventure Central holds climbing activities all throughout the year. They offer a Kids Climbing Competition during summer, an Anniversary Competition in July, and Verticality during the Christmas season. To them, every competition is a gathering, and each time they hold one, they gain more insight on how to run the next one and to keep their business going.

The next stop for Adventure Central, they say, is to produce national-caliber climbers. Since most of their climbers are in the age range of 10-20 years old, they aim to train these young aspiring athletes to compete in the national stage. 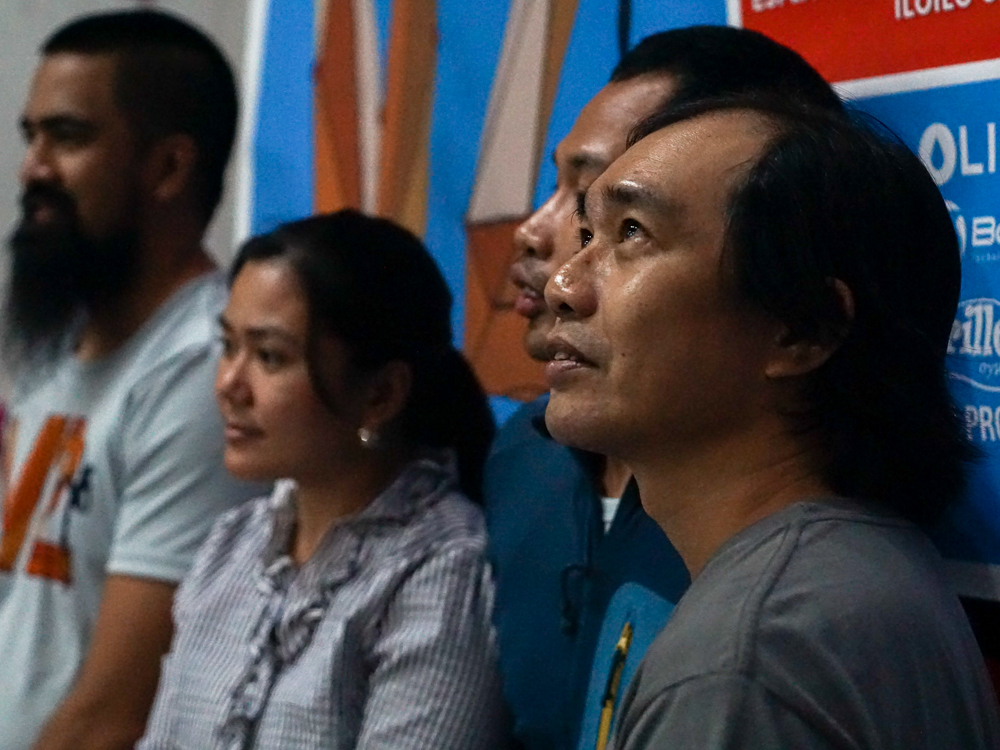 Climbing and business is intertwined in the minds of the people running Adventure Central. It is work that needs constant refining in order to keep the business running. According to Sha, it is a give and take relationship with the community that has been built by and supported by this facility. But, she says, Adventure Central is not solely a business; it is also a family, as most other climbing gyms are.

Walls Are Meant For Climbing

While climbing is a relatively new sport, the urge to climb is a tale as old as time. It’s a pull so strong that it’s driven people to make some seemingly crazy life choices.